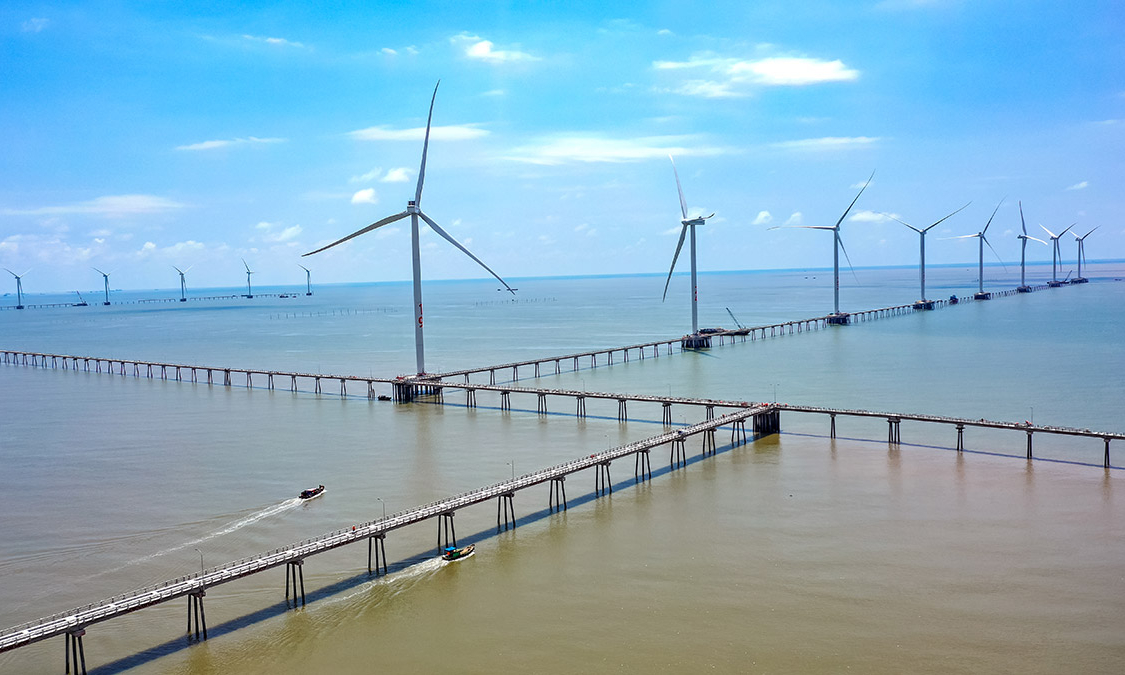 The 100-megawatt Dong Hai I wind Power Plant has its 25 turbines off the coast of Duyen Hai District in Tra Vinh Province, the company said in a statement Monday.

It is set to contribute 330 million kilowatt-hours of power annually to the national grid.

Renewable sources now account for 27 percent of its power capacity, according to national utility Vietnam Electricity.